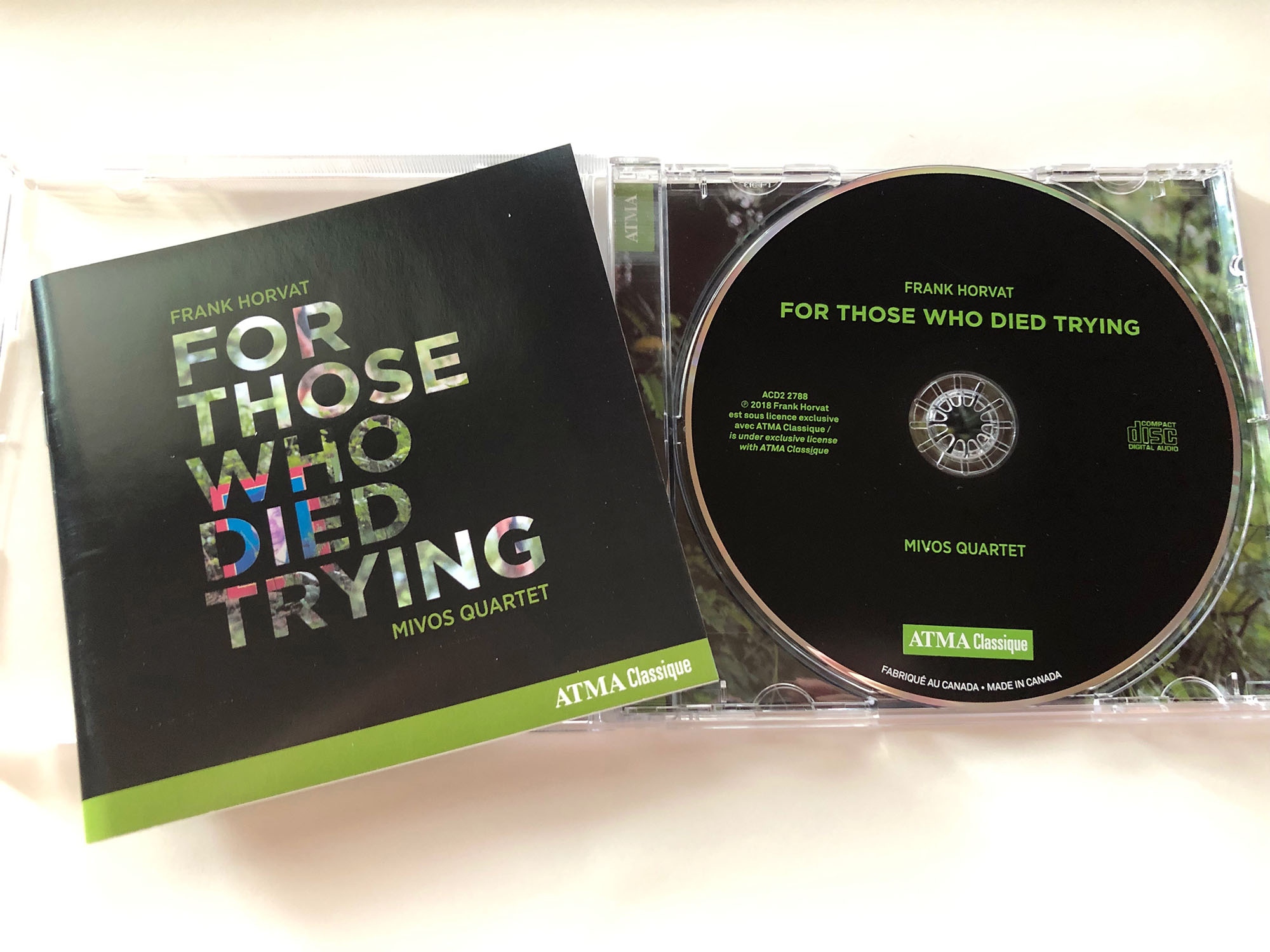 News
For Those Died Trying the Album
luke duggleby
Mar 19, 2019
It took a while to arrive from Canada but finally I got my hands on the CD of For Those Who Died Trying by Canadian composer Frank Horvat and published by ATMA Classique. A remarkable body of music.
The album was inspired by the photo documentary I made called For Those Who Died Trying which looks to pay tribute to Thai human rights defenders who have been killed or abducted in Thailand in the last 30 years. Using the musical notes from each persons name, Frank composed a 2 minute composition for each which has now become an album.
If you are part of a string quartet and interested in getting involved you can learn more about Franks project on https://music4hrds.com
The album can be bought and downloaded here www.atmaclassique.com and let's continue to to raise awareness of the struggles of human rights defenders both here in Thailand and around the world.
You can read more about For Those Who Died Trying on my website http://www.lukeduggleby.com/for-those-who-died-trying and also listen to me tell how the project was produced at Tedx Khon Kaen https://www.youtube.com/watch?v=Q5drMbkg4XQ
Luke Duggleby Photography, FOR THOSE WHO DIED TRYING
Our planet is at a critical point in time. We understand more than we ever have about our planet, yet it is at even more of a threat. Today, an increasing...

Website of photographer Luke Duggleby. Based in Bangkok, Thailand, Luke specialises in documentary and portrait photography focusing on Asia.